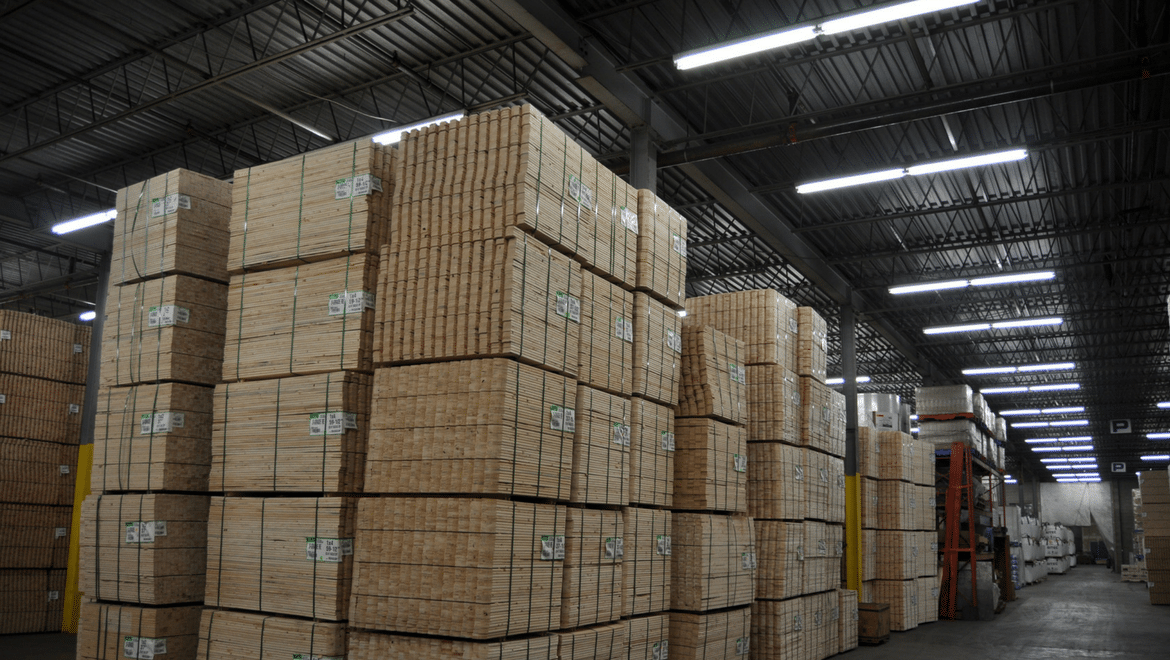 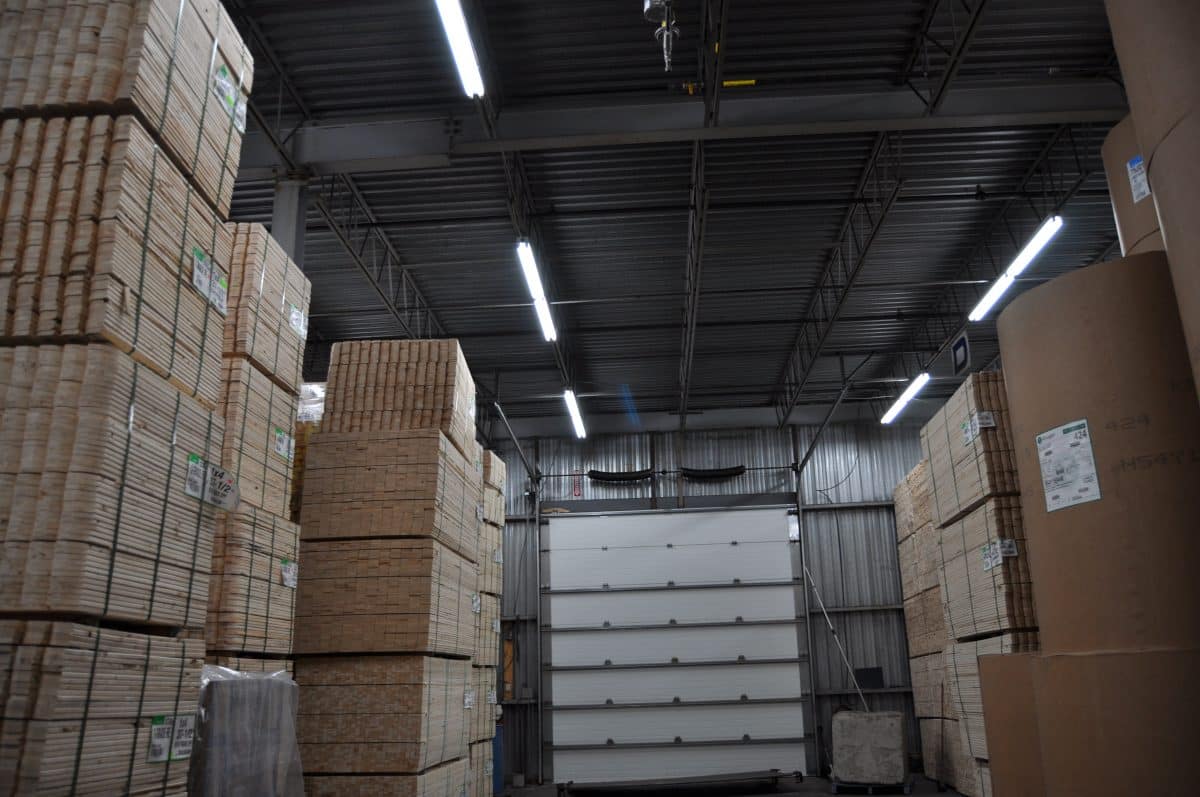 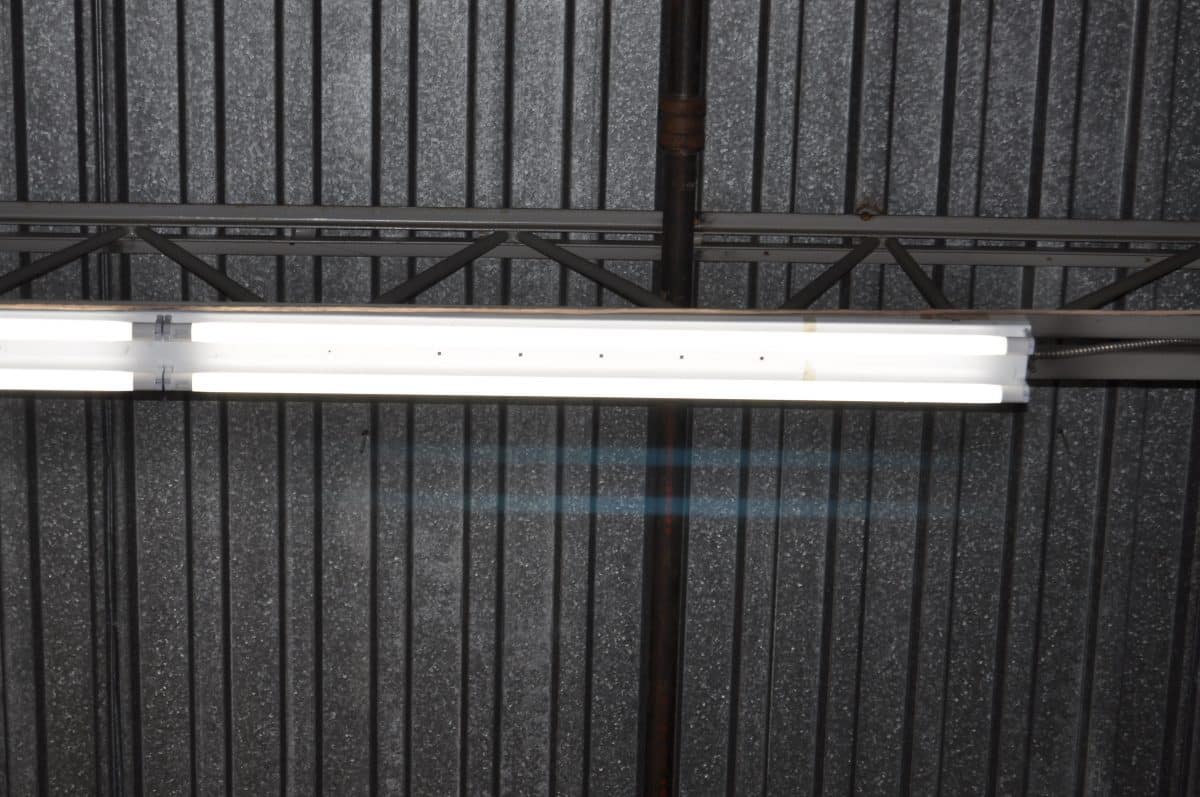 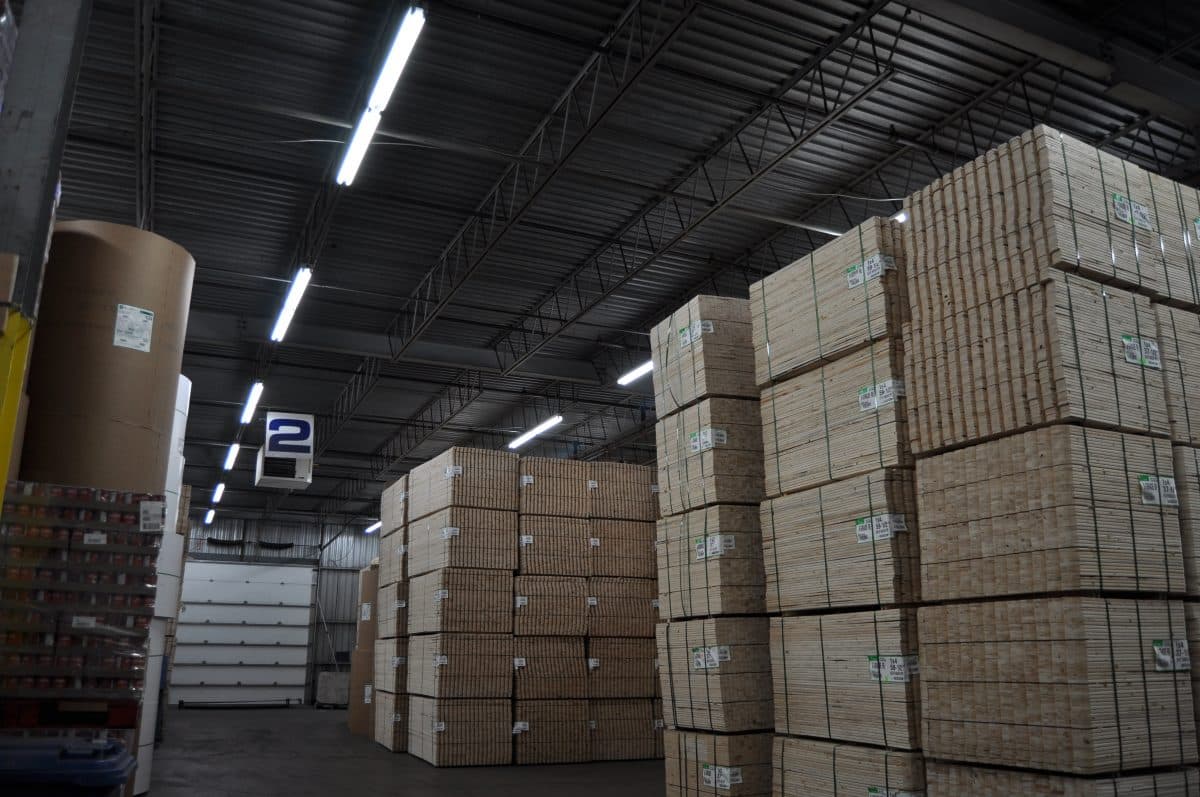 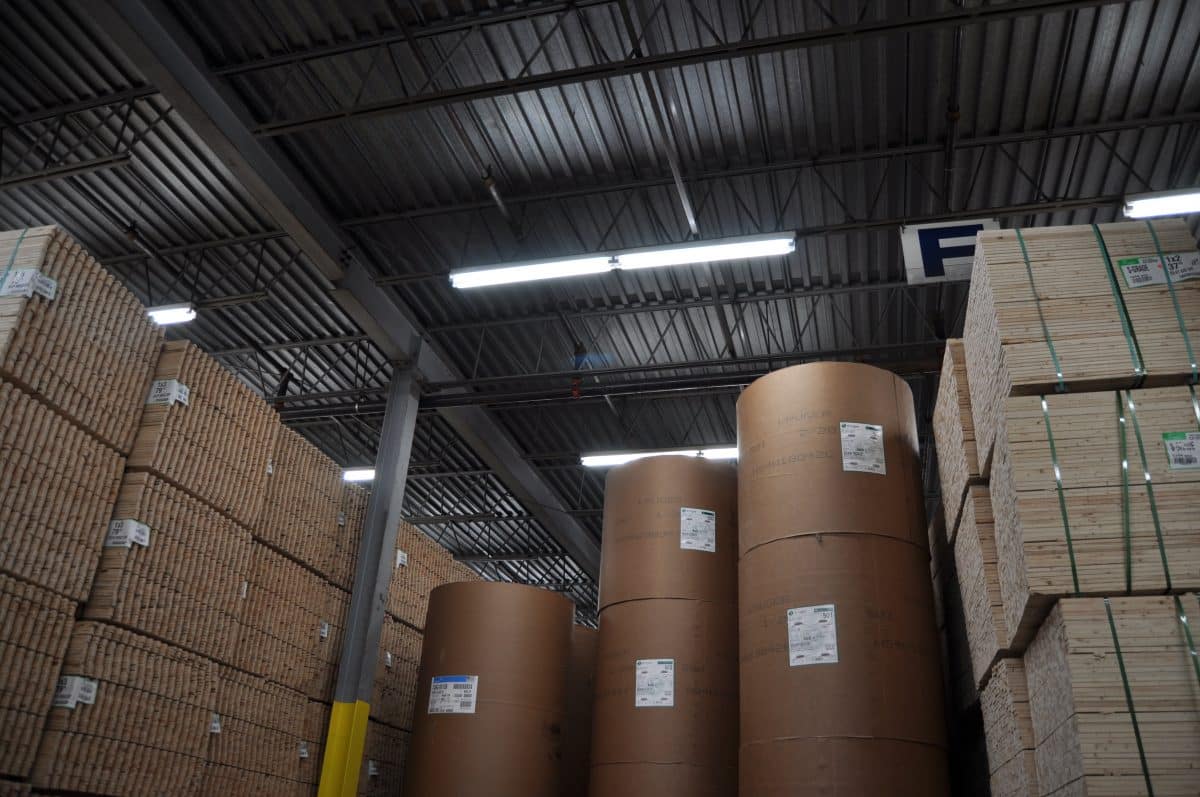 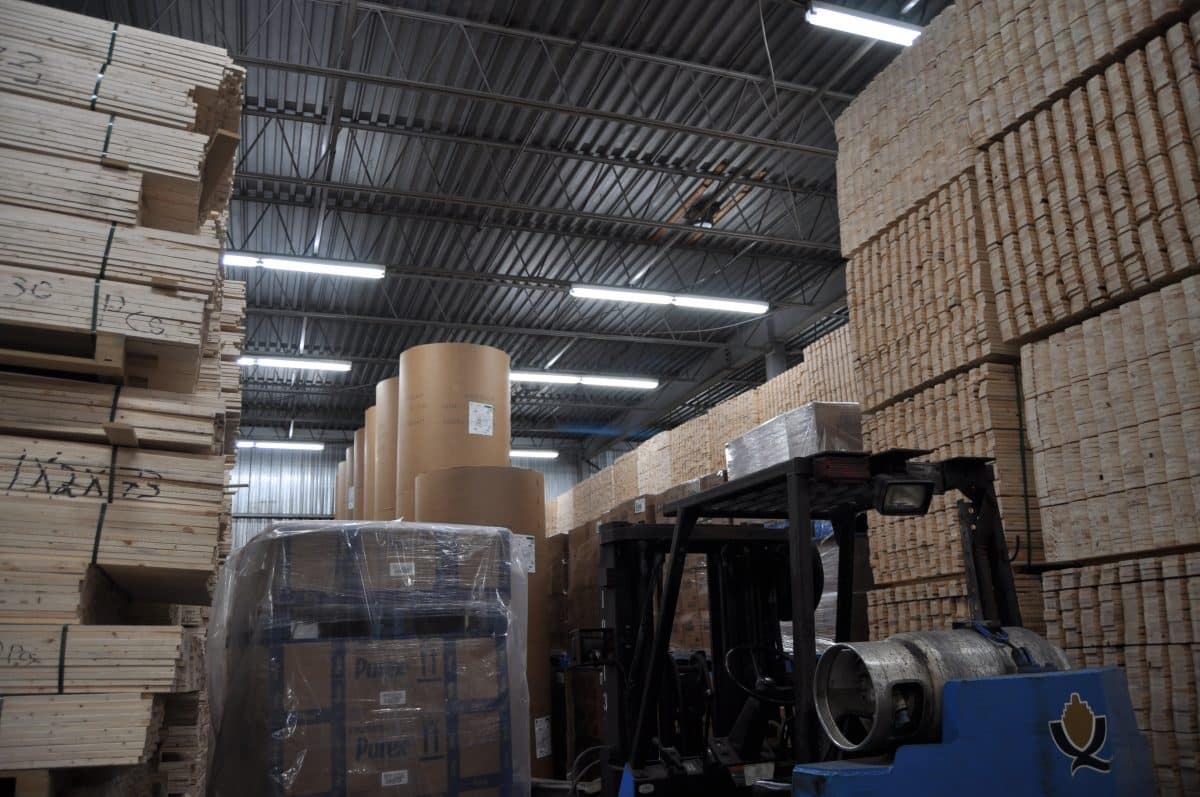 It was becoming increasingly urgent that the Transit Henri IV warehouse change its lighting system. The space was equipped with outdated, energy consuming lights, many of which had ceased to operate, thus making it difficult for employees to work  well in this environment.

An Ideal Solution in Response to a Specific Need

Prior to the overhaul, the warehouse was outfitted with eight-foot strip fixtures comprised of T12 fluorescent lamps; each module burned 164 watts.

Transit Henri IV administrators had approached Stanpro with a request for an estimate on the remodeling of the space, but the company quickly realized that even though a revamping of the lighting system might be the optimal solution, the cost would be prohibitive because it would involve changing the entire lighting system, which would require several electrical man-hours.

So, Stanpro recommended that Transit Henri IV proceed with a modernization formula using a linear LED lighting system. This way, the warehouse could transition from fluorescent lighting to LED luminaires without having to overhaul the entire electric circuitry, and the cost would be more reasonable.Today, the warehouse’s lighting system comprises 840 T8 LED tracks that use only 34 watts.

Firstly, Transit Henri IV saved money on the installation of new lamps by opting for the modernized lighting system recommended by Stanpro; secondly, it avoided having to convert its complete electrical circuitry.
Moreover, by switching to LED lighting, warehouse administrators have estimated a 338% return on this investment within 5 years and a cost recovery within a little over a year.

Administrators of Transit Henri IV are clearly satisfied: “We are very happy! It’s much brighter, we now see our products much better.”

We, at Stanpro, make a concerted effort to listen to our clients so as to understand them and respond to their needs. We exceed their wishes and go that extra mile. 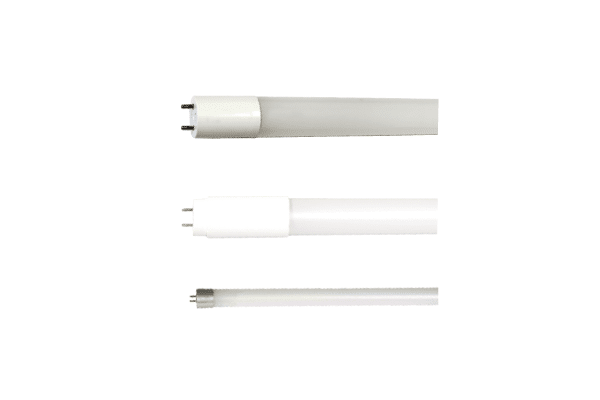